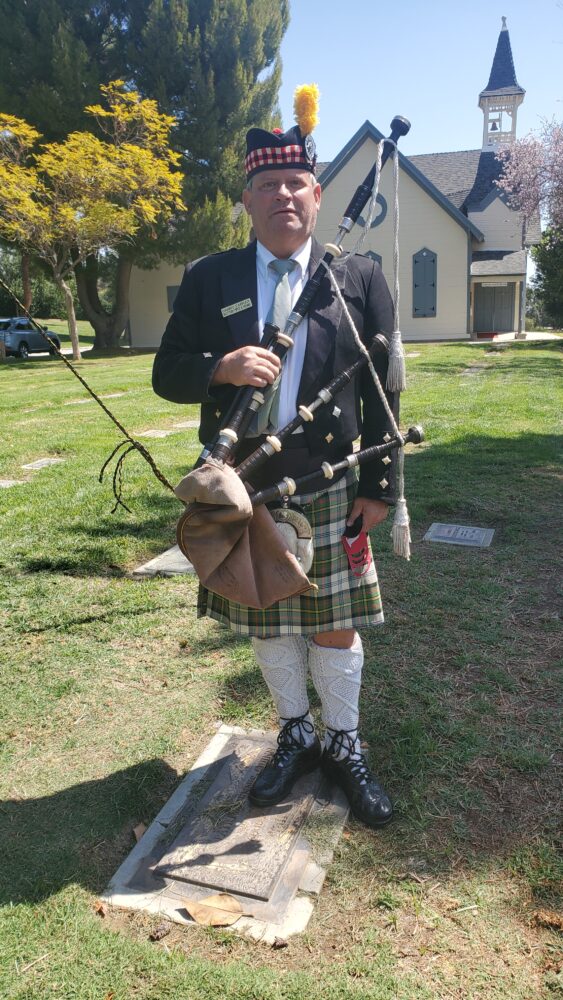 Bagpiper Harry Farrar performed for Robert Johnson service at Oakwood Cemetery
He was in the United States Army and was a greatly respected businessman and family person
His wife Nancy was very well spoken at the service and was happy to have her husband at rest
Best wishes ahead to the family.

Bagpipers often perform for church services as well as burials
The sound of the bagpipes brings a formal feel to these types of ceremonies.

Many famous people are resting in peace at Oakwood in Chatsworth, CA. The cemetery is located near Rocky Point on Topanga Canyon. The hillside cemetery has a chapel as well as a Daughter’s Of The Revolution Church which is active for memorial services.

Harry Farrar has been performing services at Oakwood since 1981.  Valencia and Santa Clarita are also locations that Bagpiper services are offered.